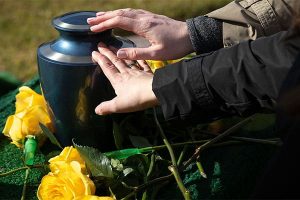 The culture & practice of cremation dates back to the Early Bronze Age in Europe and the middle Danube. The practice was primarily a function of the Urnfield culture, which dominated the region at this time, around 1300 BCE. While inhumation became more common during the Iron Age, cremation continued to be popular during the Villanovan culture. The ancient Greek account of Patroclus’ death and subsequent burial in a tumulus suggests a relationship between the two practices, but this may be anachronism. Although Homer describes the use of cremation in the Iliad, this story could also be a reflection of the use of the method centuries later.

The culture of cremation differs widely in each country, but the basic practice of returning cremated remains to the next of kin is the same worldwide. In the United States, the remains of a deceased person are usually returned to their family in a sealed watertight plastic bag. This plastic container has a printed paper label attached to the front, and the ashes are often placed in a urn or velvet sack. An official certificate of cremation and permit for disposition of human remains must be present with the cremated remains.

The practice of cremation has been practiced for thousands of years. In ancient Egypt, the burial and cremation were distinct cultural practices. During the ancient Egyptian period, the transmigration of souls theology prohibited cremation. The Zoroastrian Period, the ancient Persians adopted a strict prohibition on cremation. In the Phoenician culture, both burial and crematoriums were common. The Greeks used cremation from about 3000 BCE until the Sub-Mycenean era.

In the United States, cremation rates are highest in secular and Protestant countries, while the lowest in religious and Catholic societies. In the U.S., about 40% of the population chooses cremation, up from 3.5% fifty years ago. In Europe, cremation rates have varied widely, and they vary across the continent. Throughout the world, many cultures have been transformed by immigration. As a result, the culture and practice of cremation has shifted significantly in the last century.

In medieval Europe, cremation was a common choice. The practice is now common throughout western societies. In Muslim countries, however, a more conservative form of interment is preferred. The ashes of a dead person are scattered in the earth. Traditionally, the body of a deceased person is buried with the bones, and the ashes are burned. In Hindu cultures, a death ritual is performed.