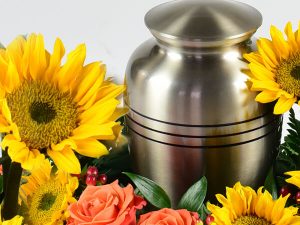 Despite early American history, cremation practices took shape in the mid-19th century. It was a practice that was popularized by Dr. Francis Julius LeMoyne, who stepped away from his medical career to pursue his interest in handling the remains of deceased people. The practice continued to grow during this time, when long-distance travel became easier and families were dispersed throughout the world. Additionally, the large number of dead people during epidemics and wars created a need for cremation.

The history of cremation goes back several centuries, and there are at least two documented cases of the practice prior to the early 1800s. In 1876, Dr. Julius LeMoyne founded the first crematory, and in 1884, he opened another one in Lancaster, Pennsylvania. During this period, he was primarily working on the project with a group of local cremation societies. These organizations had two primary objectives: the Protestant clergy, which wanted to reform burial practices, and the medical profession, which was concerned about the health conditions around the early cemeteries.

The history of cremation can be traced to the earliest civilizations. During the Iron and Viking Ages, all deaths were cremated in Sweden. Following the introduction of Christianity, the movement grew in Europe. Some fundamentalists, such as Lutheran pastors, believed in physical resurrection. The first crematories in Europe were built in Woking, England and Gotha, Germany in the late 1800s. The practice continued to develop, and is still widely practiced today.

In Italy, the practice of cremation was politically and religiously charged. It was prohibited by Charlemagne and was later practiced by Catholics and Protestants. The debate over cremation continued for centuries, and in the end, the Catholic Encyclopedia described it as a “public profession of materialism and irreligion”. In France, however, the Third Republic made cremation legal. This was the first time a civil society in Europe had embraced it.